Trevor Hostetler is the father of two, a husband, a nurse, and a twin. As a runner, he has finished 25 ultras (five 100s) and thinks the steeper the trail the better. He says although he’s a newbie RD, he has the good sense to surround himself with the best company and race directors in the business.

Renee Seker Dirt and sweat; the two things that make Renee happy. A native Oregonian, she started running after college. After tiring of the road and a couple of marathons, she moved on to triathlons and then quickly discovered the sport of adventure racing where she competed in sprint, 12-hour and 24-hour races. After her twins were born, Renee turned her focus to trail and ultra running. You’ll find her at races around the NW, either as a race director (TrailFactor 50K, Portland Trail Series, Stubby Chase) or as part of the NSPiRE crew. 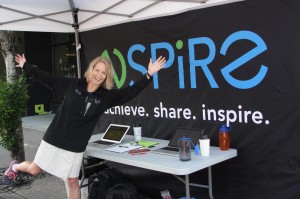 A favorite of NSPiRE-timed events are the live results, online as soon as a racer crosses the line, and available on iPads at the race. The free iPhone, iPad and Android NSPiRElive app allows anyone to keep track of friends and family as they compete. 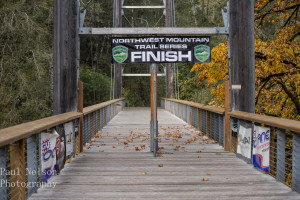